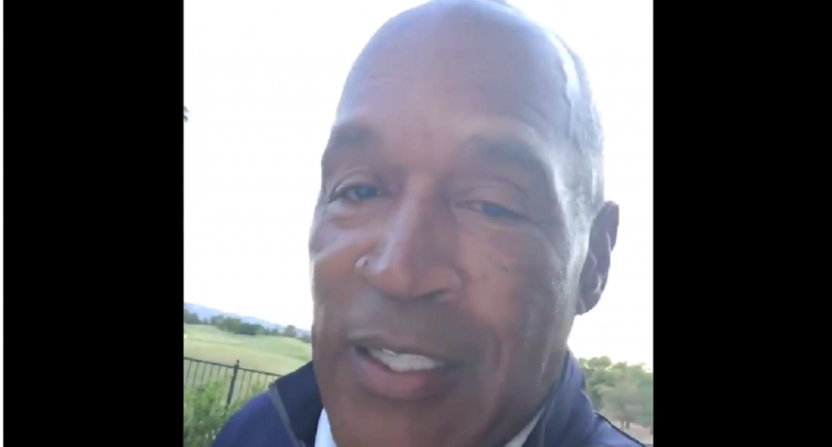 O.J. Simpson has joined Twitter. The 71-year-old ex-convict announced the news on Saturday morning in a video post that already feels like a Saturday Night Live bit.

“Hey Twitter world, this is yours truly,” Simpson told his followers. “Coming soon to Twitter you’ll get to read all my thoughts and opinions on just about everything. Now, there’s a lot of fake O.J. accounts out there, so this one @TheRealOJ32, is the only official one.”

He concluded, “So, it should be a lot of fun — I’ve got a little getting even to do.” That last bit has naturally sent everyone online into a frenzy, though that’s hardly stopped him from gaining a following. As of publication, he’s at a little over 214K followers.

The location of the account is registered in Las Vegas, Nevada, where Simpson currently resides. In 2017, he was released from prison after serving nine years for a robbery and kidnapping conviction. Sure enough, one of the six accounts he’s currently following is The Heisman Trophy.

It’s worth noting June 12th marked 25 years since the murder of Nicole Brown Simpson and Ronald Goldman. Earlier this week, Simpson told The Associated Press, “My family and I have moved on to what we call the ‘no negative zone.’ We focus on the positives.”

In my best Norm voice, “Yeah, he should find plenty of that on Twitter.”