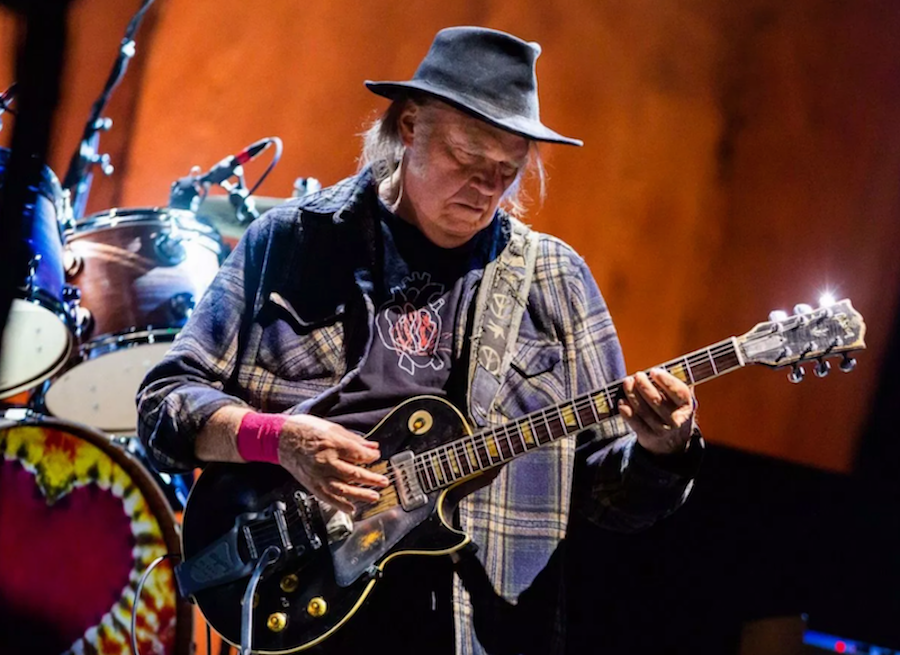 News of the upcoming album was announced on the Neil Young Archives website, where it’s described as “10 new songs ranging from around 3 minutes to over 13 minutes.” COLORADO is their first record together since 2012’s Psychedelic Pill.

The album’s lead single, “Rainbow of Colors”, will be released sometime later this month (no specific date has been mentioned yet). It’s described as being a “ragged glory”. If their reunion show last May was anything to go off of, then that term is definitely a good thing, as the band seemed to be in good spirits about playing together again and penning new music.

The good news doesn’t stop there either. COLORADO comes with a documentary about the making of the album. The film is called Mountaintop Sessions and was directed by C.K. Vollick. As previously reported, it’s one of the 15 music films Neil Young is working on at the moment, because apparently legends never sleep. “I don’t think a film about this subject with the openness and intensity we have captured has ever been seen,” the site reads. You can be the judge of that when it’s released in over 100 theaters worldwide the week that COLORADO debuts in October.

While waiting for more updates about the album, fans can check out Neil Young and Bob Dylan’s first performance together in 25 years. Those itching to see him live after watching that should try their luck at getting tickets to the Harvest Moon benefit show happening next month.