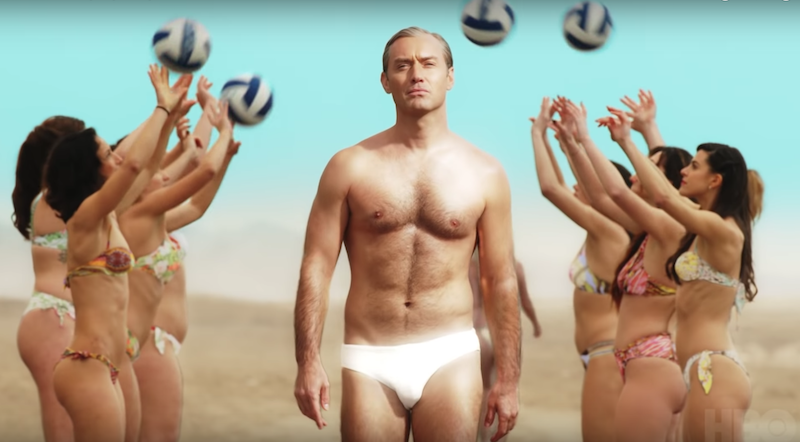 Vatican City has a tough dilemma on its hands in the new teaser trailer for The New Pope. Paolo Sorrentino’s anthology sequel to his hit limited series The Young Pope finds two popes — original star Jude Law and newcomer John Malkovich — vying for the loyalty of the people.

The clip shows Law’s character, apparently awoken from his coma at the end of The Young Pope, strutting down a beach adorned with women. Malkovich’s New Pope receives his own dramatic, but very different, welcome, as he enters a cardinal-filled Vatican.

Speaking to Variety, Sorrentino gave a little more context on the teaser, especially with regards to the return of Law’s character,

“The basic idea is to latch on to the end of the first season. The pope, played by Jude Law, goes into a coma that, from a scientific standpoint, is considered irreversible and can only end up in death. So the church has to resort to a new pope, who is played by John Malkovich. But since we are in a territory where reason is overtaken by spiritual mysteries and by God, Jude Law’s coma may not be so irreversible. It may have some unexpected novelties, so that two popes can co-exist in the episodes that follow.”

The New Pope includes guest appearances from Sharon Stone and Marilyn Manson (really). The show’s first two episodes are expected to premiere at next month’s Venice Film Festival. However, a proper release date for the entire HBO series has yet to be confirmed.