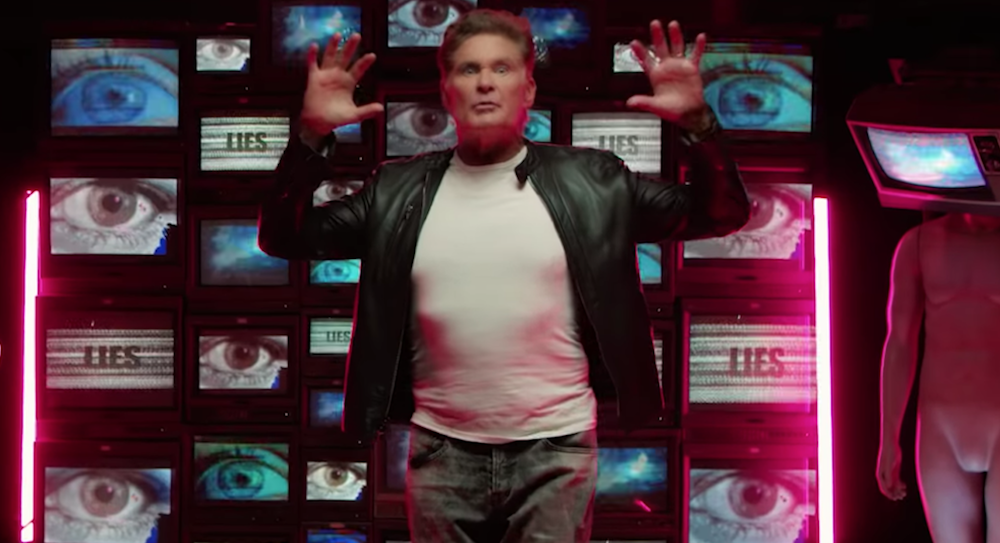 David Hasselhoff is set to release a new album called Open Your Eyes later this month. The 13-track collection sees the former Baywatch star teaming with acts like Ministry and covering artists such as The Jesus and Mary Chain. As an early teaser, Hasselhoff is sharing the title track, a collaboration with The Stooges guitarist James Williamson.

“Open Your Eyes” was originally released by ’80s-era gothic rock outfit The Lords of the New Church, and The Hoff’s rendition mostly stays faithful to that sound. The actor’s voice booms over Williamson’s urgent guitar work, as he warns listeners about a corrupt government.

“Violence rules within our nation’s midst,” Hasselhoff sings, later adding, “Ignorance is a power tool.” Although the track was initially issued back in 1982, it’s clearly still relevant given our present-day circumstances in America.

Check out Hasselhoff’s cover below via its official video, helmed by Vicente & Fernando Cordero of Industrialism Films and Media Pollution.

Open Your Eyes the album arrives September 27th and will be supported with a tour in October. Snag your tickets here.