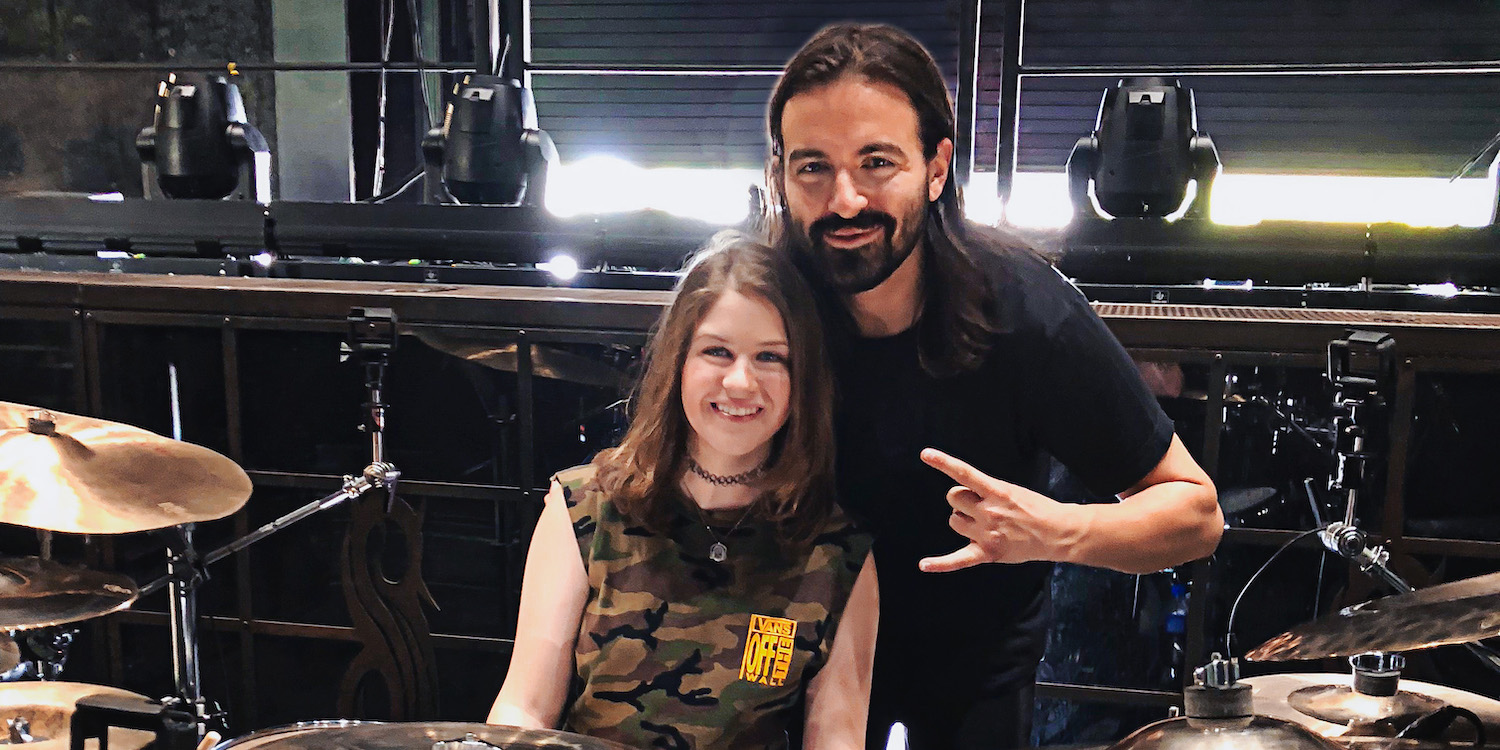 Slipknot drummer Jay Weinberg knows firsthand what it’s like to meet your heroes. So, when he saw 14-year-old Maren Alford’s drum cover of the band’s recent single “Unsainted”, he invited her to meet him.

Weinberg recently made headlines when he re-created photos of him and his famous dad, Max Weinberg, meeting Slipknot when Jay was a pre-teen. Of course, Jay would eventually become a member of the masked band, replacing longtime drummer Joey Jordison in 2014.

Alford, meanwhile, went viral with her impressive cover of “Unsainted”, which has garnered over a quarter-million views since she posted the video on YouTube last month.

Knowing what it’s like to idolize a band, Weinberg invited Maren to meet him before Slipknot’s “Knotfest Roadshow” gig this past Saturday in Dallas, Texas.

The teen drummer was thrilled with the chance to meet one of her idols, writing on Facebook, “Best day EVER hanging out with Jay Weinberg before KNOTFEST in Dallas! Not only is he a beast behind the kit, but he’s also the most encouraging, kind and generous guy!”

She added, “Really a dream come true to meet and spend time with him and the Slipknot show was INCREDIBLE! THANK YOU for everything Jay — you’re the BEST!”

Check out Maren’s drum cover of “Unsainted” below, as well as her Facebook post containing pics of her with Jay Weinberg. In addition to performing cover tunes, Maren is a member of the band Not Ur Girlfrenz. You can find their music on Spotify.

Slipknot wrapped up their “Knotfest Roadshow” on Sunday night in The Woodlands, Texas. The band will be back on tour this fall playing the Louder Than Life and Aftershock festivals in the United States, as well as supporting Metallica on tour in Australia and New Zealand. They have also announce a 2020 European tour with Behemoth. Pick up tickets here.

It was the greatest performance by any Dancing With the Stars contestant ever. Period.