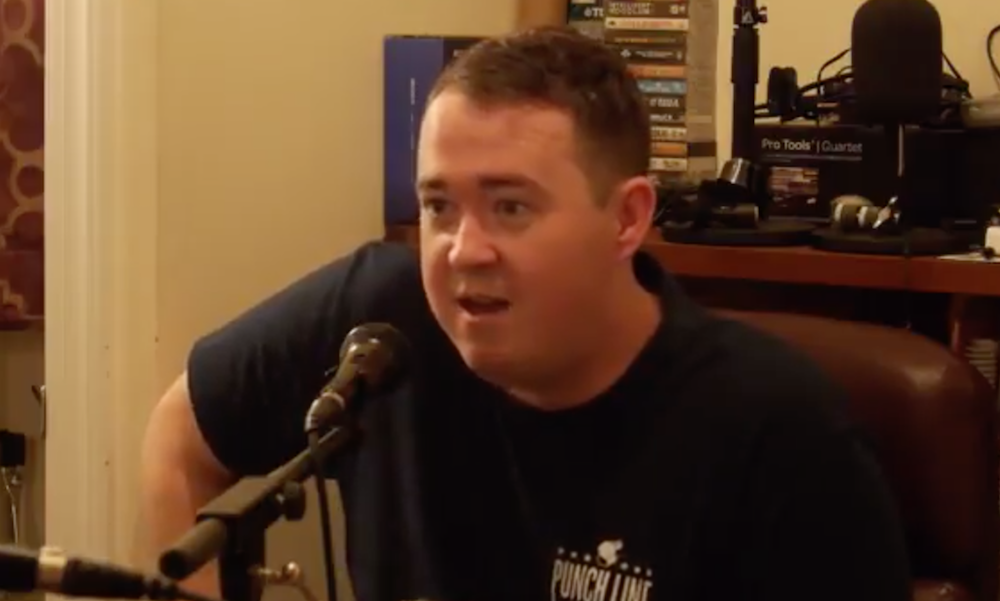 On Thursday, Saturday Night Live announced the addition of three new cast members: Chloe Fineman, Bowen Yang, and Shane Gillis. The new hires were a cause for celebration, especially in the case of Yang, who serves as the show’s first cast member of full Asian descent and first gay Asian cast member. However, the news was not without controversy.

Shortly after the casting announcement was made, disturbing videos showing Gillis making blatantly racist and homophobic jokes were unearthed by a freelance writer and comedy reporter named Seth Simons, per Vulture.

The initial clip stems from a September 2018 episode of Gillis’ podcast, Matt and Shane’s Secret Podcast, and in them, Gillis targets Chinese people. “Why do the f*cking ch*nks live there?” he says at one point. Gillis and his co-host also exchange lines mocking Asian accents.

today SNL announced the hiring of its first cast member of East Asian descent, and also this guy pic.twitter.com/0FAGJZJUkK

this, again, is from September 2018 pic.twitter.com/inYFT22zjl

Other problematic videos from his podcast have since drawn renewed interest. In one instance, he uses homophobic slurs to rip into comedians like Judd Apatow and Chris Gethard, “who adopt a more confessional style,” as Vulture puts it. Gillis describes them as “white f*ggot comics” and “f*cking gayer than ISIS” during various points.

Elsewhere in that same video, he and his co-host rank comedians by race and gender. “White chicks are literally the bottom,” Gillis jokes. “Ali Wong is making it so Asian chicks are funnier than white chicks.”

Many have called for Gillis’ firing in the wake of these resurfaced videos. Lorne Michaels and SNL have remained silent on the matter, but Gillis has since issued what appears to be an attempt at an apology.

“I’m a comedian who pushes boundaries,” he wrote on Twitter late Thursday night. “I sometimes miss. If you go through my 10 years of comedy, most of it bad, you’re going to find a lot of bad misses. I’m happy to apologize to anyone who’s actually offended by anything I’ve said.”

“My intention is never to hurt anyone but I am trying to be the best comedian I can be and sometimes that requires risks,” Gillis closed.

While I can’t speak for the entire Asian and LGBTQ+ community, as a Filipino-American who identifies as trans, I consider Gillis canceled.

The new SNL hires come less than a month after Leslie Jones announced her departure from the long-running sketch show. Season 45 premieres September 28th with an episode hosted by Woody Harrelson and featuring Billie Eilish as the musical guest.