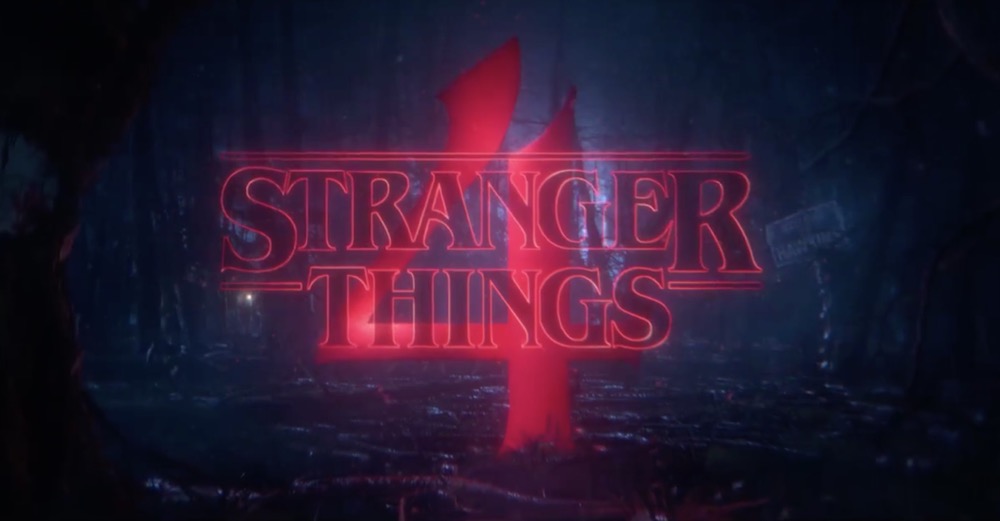 “We’re not in Hawkins anymore.”

Christ, do the Duffer brothers know how to send their fans into a feeding frenzy. On Monday morning, after a day of cryptic teases through socials, Netflix not only confirmed Stranger Things 4, but dropped a tantalizing new teaser trailer. It’s not much, but in less than 50 seconds, the clip offers just enough to both a.) add fuel to the fire of rampant fan theories and b.) create entirely new ones.

(Warning: What you’re going to read will 100% spoil Stranger Things 3, so if you haven’t visited Starcourt Mall yet, please close out and return when you’ve had enough U.S.S. Butterscotch from Scoops Ahoy.)

Granted, seeing the Upside Down featured in the teaser isn’t exactly surprising: It’s the series’ most iconic visual (at least aesthetically speaking), and the source of its intrigue. What’s surprising, though, is the inclusion of a cabin light (that’s eventually extinguished) and the sound of an old ticking clock. Those two elements suggest that there’s someone in the Upside Down, and that time could factor heavily.

If that’s the case, then the next question is: “Who’s in the Upside Down? And what are they doing with time?” That’s where the fun begins: If you recall, by the end of Stranger Things 3, Joyce, Will, Jonathan, and Eleven left town, and it was revealed that there’s an American being contained in a cell deep down in a cold Russia base. The latter has left the fanbase all dizzy and bewildered, namely because it suggests Hopper is alive.

However, several fans have suggested Hopper was, instead, sent into the Upside Down, which actually makes more sense. Let’s not forget, the Russians were desperately trying to break open the gate, and that deadly burst of energy could have conceivably sent Fat Rambo into the deadly underbelly. That’s why the cabin light can’t be ignored. Because, let’s be real, if he was there, wouldn’t Hopper retreat to his own cabin?

If so, that doesn’t exactly dismiss the possibility of him being the elusive American. Who’s to say the Russians didn’t find a way to open the gate on their end? The inclusion of the Demogordon at the end there certainly suggests it’s a possibility. Perhaps they found Hopper in their search? It’s a stretch — the idea of traveling from Russia to Indiana in the Upside Down is lofty — but it’s something worth chewing in.

Now, what about the clock? Most would suggest it’s just a useful token to play into the timing of the announcement. But, c’mon, this is Stranger Things, where every little detail in the teaser factors somehow into the narrative. Remember when the New Year’s Eve teaser wedged in that “Blue and Yellow Meet in the West” bit? That wound up being paramount to Stranger Things 3, and solved fortunately by Robin.

It’s possible, then, that the clock could be pointing to some sort of new narrative twist, and the most obvious is the aforementioned time travel theory. Sure, they already made a swath of references to Back to the Future in Stranger Things 3, but the iconic blockbuster didn’t exactly influence the story, save for the season’s genius use of Alan Silvestri’s score in a pivotal moment. This could be their chance to adopt it.

How would they use it? Well, if you look closely at that end stinger again, that Russian cell doesn’t exactly scream 1985. The Duffers could just as easily confirm that it was in the ’40s, or the ’50s, or whatever time period they want, and we’d probably nod and go along. In that respect, don’t be surprised if it’s revealed that the Upside Down has even more powerful qualities, one that can get the rest of the AV Club over there.

That twist would certainly jive with the Duffers’ early teasing. Back in July, shortly after Stranger Things 3 premiered, Matt Duffer suggested the possibility of “portals,” telling Entertainment Weekly, “I think the biggest thing that’s going to happen is it’s going to open up a little bit, not necessarily in terms of scale [or] in terms of special effects, but open up in terms of allowing portals into areas outside of Hawkins.”

Again, his concept of “portals” could be strictly metaphorical and not literal. But, who are we kidding? You don’t use the word “portal” when you’re talking about a show that deals with, um, portals. Rest assured, Stranger Things 4 is going to be stranger than ever, and that’s beyond exciting. Especially since the Duffers proved with Stranger Things 3 that they can ably broaden the scope of this series and only get better.

Think of the possibilities! Imagine the Duffers pulling influences from Big Trouble in Little China or even Bill and Ted’s Excellent Adventure by pairing Hopper with a band of World War II soldiers. Or by sending the Scoops Troop and/or the AV Club overseas for an international adventure? That’s the kind of creativity they’ve allotted themselves four seasons in, and they’ll probably earn it, too.

Of course, we won’t know anything until we do — odds are Christmas 2020, if fan theories are to be believed — but the lead up is going to be a blast. Looking back, there’s never been a bigger and more intriguing sandbox to play in for Stranger Things, and that imagination extends to its die-hard fans. After all, hype season has begun, so consider everything, go big, and don’t leave a single Eggo unturned.