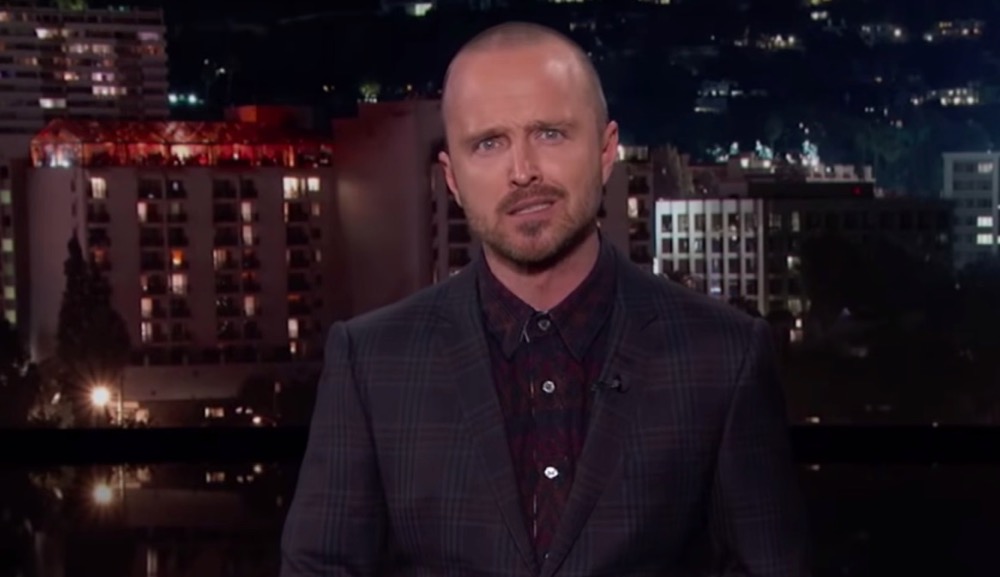 El Camino: A Breaking Bad Movie hits Netflix on Friday to finally answer the question: “Whatever happened to Jesse Pinkman?” To catch everyone up ahead of the premiere, Aaron Paul stopped by Jimmy Kimmel Live! on Wednesday night for a quick recap — and we do mean quick.

In less than three minutes, Paul recounts all of the major incidents that went down over five crazy seasons. He talks about Walt going buck wild in a grocery store, mentions Tuco’s weird uncle, how he dated Jessica Jones, how he lost Jessica Jones, every crucial bit.

If that’s not enough, though, don’t forget it’s Breaking Bad Week here at Consequence of Sound, and we’ve published multiple pieces to really catch you up on the series. From detailing Jesse’s arc to defending Skyler White, revisiting the show’s most brilliant schemes to ranking all of its cold opens, we’ve been covering all the bases.

So, watch below and get readin’.